We were on the island of shark. There is a great story about it.
The island nation of Seris, the people of the island sands. The island where the man becomes an ant, an animal as one that must survive: sharks, dolphins, stray dogs, coyote, rattlesnakes, deadly spiders, manta raia, pelicans etc.. Nature takes its course.
It was in this sea that skates learn to fly.

This print depicts a moment of this island where we camped, so beautiful so calm, with nightfall, so relaxing. An intense feeling of freedom and adventure.
Once nightfall … change: the storm, lightning, pest infestation, noise …And it is even said that the aliens often come on this island.

We had some stranges dreams and visions : that’s for another print.

This image came very clearly in an half-dream when i was in Mexico.There were no leaves but the wings of eagles. It stay in my head during months and months until i make this etching. 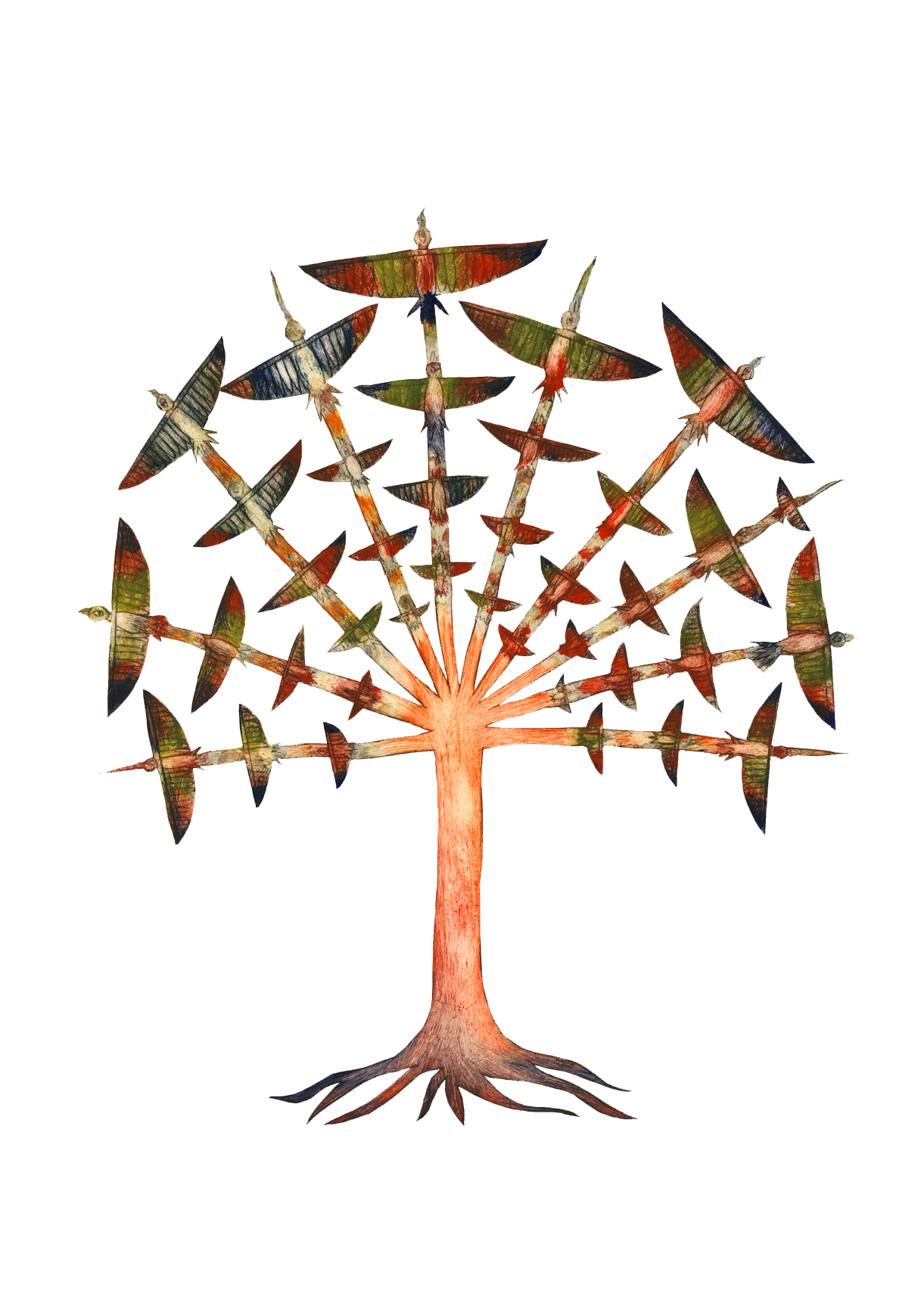